Emma Green is a Communication and International Studies graduate of the University of Technology Sydney. She works as a freelance writer.

The Attorney-General today announced major changes in relation to the Family Court merging to reduce delays.

The Family Court and the Federal Circuit Court will be merged in an attempt to reduce significant delays in both courts.

In the proposed changes, the new combined court will be known as the Family Court and Federal Circuit Court of Australia (FCFCA).

The overhaul will take place in 2019.

Approximately 22,000 cases are filed in these courts together each year, and many families wait for over a year and a half to get to trial.

Attorney-General Christian Porter said that family breakdowns are hard enough without a legal system that creates even greater strain.

“We have a responsibility to ensure that systems in place to assist those families who cannot resolve matters without legal intervention are as efficient as possible, and that the system itself does not exacerbate the trauma of family break-up, especially for children,” he said.

Rumours of the Family Court merging with the Federal Circuit Court have been floating around for the last year as both courts struggle with delays and backlogs.

There are 21,000 pending cases awaiting final orders, 42 per cent of which are over a year old.

The median wait to go to trial in the Federal Circuit Court is 15 months, while in the Family Court it is 17 months.

Each year, about 1200 cases are transferred between the two courts, making the process more difficult for families as they start again before a new judge.

“This means those families must start the whole court process again in the other court with completely different rules, procedures and processes,” Mr Porter said.

This will immediately prevent cases from being pushed from one court to the other by providing a single point of entry.

The Turnbull government hopes the merged court will then be able to resolve an extra 8,000 cases each year.

The Attorney-General aims to pass legislation this year in order to begin the merged structure on 1 January 2019.

This is the first review since the system was put into place in the 1970s.

A report by the ALRC will be due in March next year.

On making the changes before the review, Mr Porter has said it is “a matter of such obviousness that the present structure was not working and was causing inefficiencies, duplications and delays,” and that therefore a pre-emptive change is warranted.

The current structure of the Family Court and Federal Circuit Court means that their jurisdictions overlap significantly.

The Federal Circuit Court hears all other family law matters.

At the time, it was called the Federal Magistrates Court and was created to relieve higher courts of less complicated matters.

In 2009, the Labor government proposed to abolish it.

Then Coalition and many members of the legal community opposed this intended change, and instead the Federal Magistrates Court was renamed the Federal Circuit Court.

Today, shadow Attorney-General Mark Dreyfus agrees that there is a need for reform, and most court leaders support the Family court merging.

However, Labor has voiced concerns that a failure to make appointments in the family court division of the new structure may result in family law specialists slowly being phased out.

Mr Porter says that this is not the most “radical” of ways to overhaul to family court system, but it is likely to be “the least impactful on existing personnel.”

The family court is known for its long waits and large legal fees.

This change to the family court structure should alleviate some of the financial and emotional stress on families, and will especially be better for the children involved in family disputes. 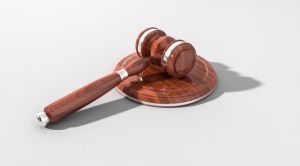 Can A Long Distance Relationship With A Child Be Meaningful?

Can My Ex Claim My Inheritance

Divorce on Earth, Crime in space