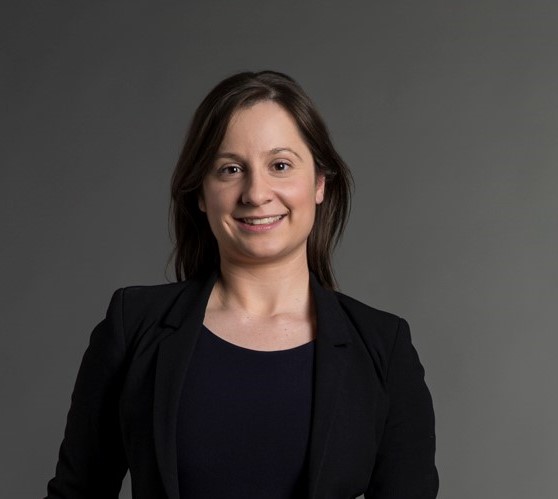 Nectaria is an Associate Solicitor, practising primarily in family law matters, but also in conveyancing, Wills and Estates and Crime. Nectaria’s experience can help you understand how the law will apply to your individual situation. Nectaria has completed a Bachelor of Laws with a Bachelor of Arts majoring in Criminology and graduated from Macquarie University with second-class honours.

What Is The Hague Convention?

The Hague Convention creates an agreement between multiple countries to provide a process that parents can use to seek the return of their children to their home country.

Australia is one of the many countries in which it is in force.

The purpose of the Hague Convention is to help parents who wish to contact or obtain access to their children taken overseas and to secure the children’s return to their home country so that the issues of residence and custody can be resolved there.

It has nothing to do with determining whether one parent is right and the other wrong.

In Australia, the Australian Central Authority in the Department of the Attorney-General is responsible for administering the Hague Convention.

The convention has been in effect here since 1987. Implementation of the Hague Convention is made through the Family Law Act 1975 and Family Law (Child Abduction Convention) Regulations 1986.

Travelling out of Australia or relocating overseas is common for many families.

Parents going on a holiday with their children is nothing out of the ordinary – except when taking a child overseas becomes international parental child abduction.

When a marriage or a de facto relationship breaks down, custody of the children often becomes one of the main issues to resolve.

Having shared custody, whether an even split or otherwise, introduces a new aspect to the process of preparing to travel out of the country.

A parent wishing to take their child out of Australia needs to obtain the other parent’s consent.

When a parent does not inform their ex-spouse about planned travel arrangements and proceeds to leave the country with the child or children, this may become a case of international parental child abduction.

Requirements When Applying Under The Hague Convention

A parent seeking to have their child returned to Australia can only apply to or from countries that have signed the Hague Convention and that Australia has recognised.

The Hague Convention is not in force between some countries and Australia, even though these countries have acceded to it. These countries include Russia, Andorra, Kazakhstan and Iraq.

There are over 80 other countries that have an agreement with Australia under the convention.

To make an application to the Australian Central Authority under the Hague Convention, there is also a set of requirements to ensure the application’s validity.

The applicant must attest to these statements in the Hague Convention application form.

An application form for the Hague Convention includes a summary of the individual circumstances and the personal details of the child, the applicant parent and the abductor parent.

It is usually necessary to supply photographs, the birth certificate of the child, marriage or divorce certificates and court orders in relation to the child.

The parent making the application can also include copies of correspondence between themselves and the other parent.

An affidavit of fact is an important inclusion.

An affidavit is a sworn document signed before an authorised person such as a Justice of the Peace, a solicitor or a barrister.

In it, the applicant writes out their experience and understanding of what has happened in the circumstances of their child’s wrongful removal from Australia.

The affidavit must clearly state the court orders, or the absence of court orders, that relate to the child and their travel out of Australia.

Once the parent has signed the application form, they have given the Australian Central Authority permission to do all things reasonable and necessary on their behalf to return the child.

Sometimes, a child who is the subject of an order under the Hague Convention may object to leaving the country to which they have been taken.

The outcomes of such situations are different with every case.

In Re F (Hague Convention: Child’s Objections) [2006] FamCA 685 (28 July 2006) resolved an ongoing case regarding orders made to take a child back from Australia to the United States of America in accordance with the Hague Convention.

The child, referred to as F, was born to an American father and an Australian mother.

The divorce was finalised in the state of Louisiana in 2001 and in 2003 the Louisiana court designated the mother as the “domiciliary parent” but ordered that the father and child continue spending time together.

In August 2003, the child F left America with his mother, her second husband and their son, F’s half-brother.

The understanding between the father and the mother was that this would be a six-week stay in Australia involving spending time with the mother’s family.

However, the mother did not return to the US with the child after the six-week time frame was over.

As the child had been habitually resident in Louisiana, the father had rights of custody and he agreed to a stay of only six weeks in Australia, the mother’s retention of the child in Australia was wrongful.

In early 2004, the father made an application to the American Central Authority under the Hague Convention.

The US contacted Australia and by August 2004 orders had been made in the Family Court of Australia to return the child to the United States as soon as possible.

There were further complications as Hurricane Katrina devastated the father’s home and community.

He had told his son at least twice that he was coming to Australia, but no visit ever eventuated. This created more negativity in the relationship between the child and his father.

The mother sought a discharge of the return order in December 2004.

An order for a child’s mandatory return can be dismissed if:

The court can also refuse to make an order for mandatory return when the child objects if:

The application for the discharge of the return orders was initially heard in April 2006.

Although the child threatened to protest if taken away, the judge dismissed this application.

The primary purpose of the Hague Convention is to provide a process for the quick return of a child to the jurisdiction where they usually live so that issues can be resolved by the courts there. It does not necessarily entail a change of custody.

Based on reports by a court mediator, it was found that the child did not distinguish between leaving one parent’s household for another and leaving one country for another, despite being highly mature for his age.

However, events that took place shortly after this judgement resulted in a different decision when the appeal was heard.

In May 2006 the child was twice taken to the airport and both times he refused to board the plane.

The first time he was accompanied by his maternal grandmother and two aunts, and the second time by members of the Australian Federal Police and the Department of Community Services.

The police attempted to escort the child onto the plane by holding on to his arm, but the child refused to cooperate.

They decided not to use extra force and the child went home to his grandmother.

In June and July 2006 a psychologist interviewed the child and prepared a report for the July court hearing.

The psychologist found that the child was alienated from his father and that if forced to return to him the bad feelings between them would only increase.

The child had said that he would kick and scream if forced onto a plane and that if he did return to America he would run away.

A mandatory return would have strong emotional and psychological costs.

The psychologist determined that the child showed a sufficient level of maturity and that his objection showed a strength of feeling beyond merely expressing a preference.

The judge determined that this established an exception to mandatory return and the appeal was allowed.

The application for the return of the child was dismissed. 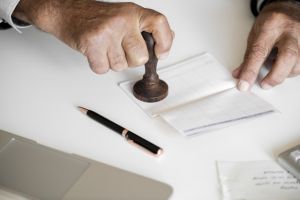 Making a Living Will

Do Children Have a Say in Child Custody Cases?