Seven people have so far been charged for their involvement in a parental child abduction ring.

Earlier this week, three women from Taree, Newcastle and Townsville were charged with conspiring to defeat justice.

Two men from Grafton, one from Townsville and a woman from Perth were charged with the same offence last month.

This comes after a two-year investigation by the Australian Federal Police into a parental child abduction syndicate that has allegedly been operating across the country for the past 10 years.

The group assisted women who wanted to abduct and hide their own children in contravention of orders from the Family Court.

The nationwide syndicate allegedly operated on a word-of-mouth basis among “like-minded” people.

The AFP had been investigating the cases of 10 missing children, now all recovered safely. Five of the children had reportedly gone missing as part of the child abduction ring.

The police allege that the group mainly supported and financed women who wanted to hide their children in breach of court orders, providing accommodation, transport and resources.

The children were moved around the country and sometimes overseas, as the group reportedly has international links.

The police examined a yacht worth $140,000 and moored at Fremantle.

The yacht was allegedly used by the group to transport the abducted children to Tasmania, before they were then moved to New Zealand and South Africa.

In order to help the mothers abduct their own children and evade law enforcement, the children often had their hair dyed, their names changed and the records of their dates of birth altered.

According to police allegations, the child abduction group did not go by any name and its members communicated via encrypted phone applications.

It is alleged that some of the people involved were unaware that they were participating in criminal activity, providing food, transport and accommodation to the mothers and their children without knowing they were involved in child abduction.

What Are The Charges?

Seven people from different cities around the country have been charged in relation to the parental child abduction syndicate.

Dr William Pridgeon, a GP from Grafton, is allegedly the main organiser of the group.

He has been charged with conspiring to defeat justice and with dealing in the proceeds of crime worth $100,000 or more.

Another man from Grafton, Patrick O’Dea, was allegedly the co-organiser.

He reportedly made claims on social media that the fathers of the abducted children were abusive. The AFP has stated that these allegations are unsubstantiated.

Dr Pridgeon and Mr O’Dea were refused bail at Grafton Local Court. They faced the Brisbane Magistrate’s Court in October.

A man from Townsville and a woman from Perth were also charged in October.

Along with Dr Pridgeon and Mr O’Dea, they were charged for allegedly assisting two different women to abduct their own children.

The three children involved were located by the AFP and are safe.

At the beginning of November, three more people were charged with conspiring to defeat justice.

A 46-year-old Townsville woman, a 68-year-old Newcastle woman and a 75-year-old woman from Taree were all charged for allegedly helping the same two mothers abduct the three children.

The women from Newcastle and Townsville are each charged with one count of child stealing.

Like the four people charged in October, these three women allegedly provided support, accommodation and transport to the two women who violated family law court orders by abducting their children.

They will appear in court in December this year. 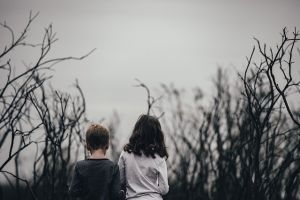 Nectaria is an Associate Solicitor, practising primarily in family law matters, but also in conveyancing, Wills and Estates and Crime. Nectaria’s experience can help you understand how the law will apply to your individual situation. Nectaria has completed a Bachelor of Laws with a Bachelor of Arts majoring in Criminology and graduated from Macquarie University with second-class honours.

How long do consent orders take?

What happens when a mother is not complying with a court order?

How Are Assets Divided In A Divorce Australia?

What are the rights of parents in the ADF Australia?